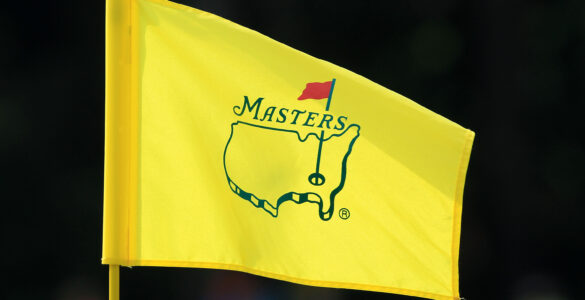 IBS Yeezus gives you his take on the 2022 Masters

Ahhhh ” A tradition unlike any other” the Tiger Woods publicity tour. If you did not know any better you would think this week is a Tiger Woods exhibition. Obviously everyone (except maybe a few ) is happy to see him moving around and gearing up to play , but I’m going to try to do my best to bring some attention to some of our other contenders for this week’s most infamous major.

Augusta National is a Par 72 course that measures 7,510 yards . It is above the tour average in eagles but below the tour average in every other aspect of scoring which means you can either eat or you can starve. The majority of golfers and even casual fans are well aware of the beauty and the beast that Augusta can be. While the course invites driver often you have to be sharp with your irons to really navigate the greens at Augusta. It will most likely be the fastest greens the majority of the tour will see all year and while the fairway is not as penalizing as most tough courses, you’ll want to be able to have the ability to control your second and third shots. There’s only 5 water hazards so if you played the Florida swing you’re not nearly as concerned with water being in play but everyone knows Amen Corner plays no games.

In this section I will talk about some of my angles to picking players to win. Like real golf it is very easy to overcomplicate and overthink golf gambling. I try to keep it as simple as possible and if I am a fan of a guy I’ll take a shot on him if certain aspects are met. The criteria for “taking a shot” this week is COURSE HISTORY. Augusta is a course that the more you play it generally the better your score will be. Finding guys for DFS and outright betting with value should be at the top of everyone’s list. Tiger Woods will obviously be less valuable in DFS than he would at 40:1 this week. I’m personally gonna put $10 on him just cause it’s Tiger but back in 2019 I thought he was done and still dropped $50 on him and he won at 19:1 so I kind of feel obligated. Three years ago, Tiger Woods won his fifth Masters title thanks to a week of exquisite, vintage approach play. Woods hit more than 80% of his greens in regulation, most of any player in the field and the most by an April Masters champion since Tiger himself 18 years prior. He also led the field in Strokes Gained: Approach, gaining more than a full stroke in Rounds 1, 2 and 3, and a whopping 2.87 on Sunday. In all, more than 57% of Woods’ total strokes gained against the field for the week came from his approaches. That is absolutely insane and brings me to my second angle…..

STROKES GAINED APPROACH: 5 of the last 7 winners at Augusta National have finished top 5 in the event in strokes gained approach stats. That kind of stat is worth taking an angle on all by itself. You can check the PGA Tour Stats for SGA rankings currently in the world. If you decide to go by the overall rankings make sure you keep in mind how many rounds some of these guys have played leading up to the Masters.

HARD COURSES/STRONG FIELD/PERFORMANCE IN MAJORS: I added all three here because to me they are interchangeable. Majors are always harder courses and the fields are always the strongest. Believe it or not there are guys who just can not cut it when the going gets tough. This is why you usually see only the rising stars or elite golfers make the cut or win a major. I wanted to add a driver angle but given some of the past winners and the trend for approach shots (also some wind in play) I think this course will play a little weird on late Thursday and most definitely Friday. We might see some folks in survivor mode if the wind gust coming in are as predicted. There are people who can not win to save their life but they will compete and score in these events and that my friends is where we can find value on props and three ball (if you’re into that kind of thing).

By now most people know golf is one of the few sports I bet on that I stick solely to my “system.” I use a tier based system taking typically 4-5 golfers within any price range under 90:1. After 90:1 I call them long shots. A typical golf unit for me gets smaller as the number gets larger because there’s no reason to bet $100 on anything in golf outside of maybe a prop and even then it gets a little dicey. I try to do $10 bets on anything over 40:1 and $15-20 on anything under that number (unless I really like a guy like 2019 Tiger). I’m not advising anyone to follow the pay scale everyone has their own budget so do it how you want but I would advise everyone to adopt some kind of system where you’re not investing all your plays into one area and you’re giving yourself a chance in the event someone turns the corner or peaks at the right time. This methodology has helped me win countless of tournaments and it is the method I used for my very first win of Henrick Stenson at the British Open in 2016. I do increase my pot size for spending during majors because there is value on the props. I won’t dive into Regional props but I will look at Top 20, 10, and 5.

I’ve made jokes about this guy being Tigger Woods but whenever I hear talk of iron play being important and approach shots I think Colin Morikawa. He comes in 21st in SGA and finished T9 in the match play. Prior to the match play he had 5 top 10 finishes which is in the top 5 on the Tour. If he was any worse than T9 I wouldn’t play him but given how I’ve personally had success with him in similar conditions and attributes I am going to play him this week at 18:1. Feel free to swap him out for Scottie Scheffler the sober version of Dustin Johnson apparently. Scottie is hot and coming in at 16:1. 3 wins already this year and in a two month span. ( Also Cameron Smith is a stud at Augusta as well and playing some amazing golf himself)

Throw Tiger Woods out he’s the play just cause it’s Tiger. In this range I often times like to do 2-3 people depending on the venue. If you want to add Scottie and Colin for Tier 1 I’m okay with that. My favorite pick at these odds is my tried and true Xander Schauffle. He may never win but I’ll never stop playing him as he won me my largest golf bet of all time (100:1 in his first ever PGA win). I’ve felt obligated to him and he’s generally good , contending at Augusta. Fast Greens and distance doesn’t bother him plus he’s got really good course history and that’s one of my angles. Also does well at majors even if he doesn’t close them out. Xander is sitting at 22:1 and that’s probably a little too low but he’s never missed the cut and has a 2nd place finish along with 2 top 25s. My favorite play in this range is my guy Will Zalatoris. Will has been an animal on tour on these hard courses and if I recall as a rookie he came in 2nd last year at the masters. Will is 2nd on tour in SGA and T5 at his last event. He’s got the game to win a major too and at 30:1 he’s getting respect in this tough field. Sticking with current form at 40:1 I’m going to give ol Shane Lowry a play. I’ll even make him my “wind specialist” pick in case things get dicey on Friday it’ll help to have someone that won’t be flustered by the gust. Shane is coming in with probably his best form in a long time, T11 for SGA and top 10 in Total Strokes Gained on Tour. He’s even putting well so I like the value here.

I won’t spend a lot of time here but there are some guys who are being undervalued because they are out of form. I would love to take everyone at the higher end but I said I would be disciplined….. Joaquin Niemann has won for me on a course that people generally translate their play to Augusta with. I spent entirely too much time digging into the numbers in this range and Jo was the first name that stood out to me anyway so I’m going to go with my gut and take him at 50:1.

My long shot is generally someone with 90:1 or higher odds but how could it not be this guy. I don’t even know how he’s playing let alone scaring me into putting money on him. But it’s Tiger Woods in Augusta….how could you not? If he’s within 5 strokes heading into Sunday and comes out in Red…I’m doubling down haha