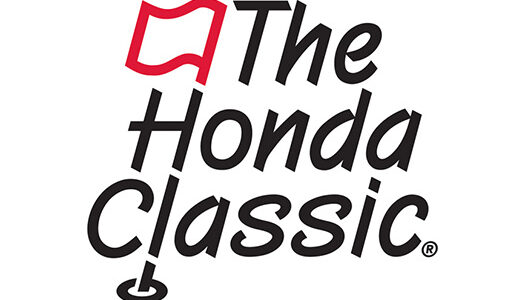 Before we start this week’s segment let me say I hope my cohost Keith Flemming has a speedy recovery from his neck surgery.  The show just would not operate right with a one-man crew and rather than bring on someone new I just opted to do a print form until Keith is able to resume his normal duties.

Secondly, I want to apologize for going on a slight tangent but I have this problem with letting things go sometimes.  Keith and I do this for fun.  He jokingly calls me the “gambling guru” but anybody who has ever heard me talk about my gambling picks or seen me talking to people online or in person knows I do not consider myself a guru in anything.  Honestly, the majority of what I win goes to charity, random expenses and (pre covid) trips with family and friends.  At no point have Keith or myself told anybody that our word is bond.  I actively give out my sources like Numberball.com, Josh Culp and RG Notorious on twitter so that people can use the information how they see fit.  I say all this to say that one thing I hate about the gambling world are the people who know it all and do not have anything to say until you lose.  Losing is part of the game and I have always stated that betting golf is one of the hardest sports to cap in my opinion.  My goal is to win one tournament a month and hope to supplement some losses by solid props.  Does it always work?  Of course not but The Backdoor Cover has never run from losses or failed to acknowledge losses on personal bets or even advice given.  So the idea that we only post or comment when we win is silly…..we literally go over the losses in a brief recap every week.  Secondly I just wanted to personally address the “bettors doing $100 per on your picks” line.  If you are reading this and you are betting $100 per on my golf picks…..just go subscribe to BeatintheBookie, TheRealMrACL, or any other established professional in the business.  I have never and will never tell someone to bet $100 per golf pick, in fact I have told people to start with a pot of $100 total and allocate it accordingly.  I tell people all the time coming in you will lose some money, the goal is one win a month for outright and to pick up props along the way.  Some seasons you might not turn a profit.  For example, last year I went 2nd place finish for 8 straight weeks.  I was $600 in the whole if not for some props…either way I was in the red (covered throughout the podcast during that time).  We hit on Sungjae ironically at this week’s current tournament at odds of 33:1 and then hit on several props including a 9:1 long shot.  I was back in the green.  That is literally how it works sometimes with golf.    So again, to the people who support the podcast and the groups we appreciate you, and to the people who do not understand why it is ridiculous to criticize a free site and “podcast” we appreciate you too.  In addition, honestly if you can do it better or have a better system neither of us are that self-absorbed to not want your advice and insight so we can all win.  That is the goal…to win money.

Alight, so Keith is out and while I do not recall all of his picks he did nail Justin Thomas at 28:1 outright.  I hedged and put $50 on him at +850 on a live bet so it was not a total loss on the weekend.  We also agreed and hit on Corey Connors top 10 at +650 depending on your book maybe as high as +750.    Sergio teased me a little at 90:1 but just could not get that putter to close out.    It was a very entertaining weekend of golf and this week we stay in the oh so beautiful Florida except this course is a monster.  PGA National’s Champion Course in Palm Beach Gardens graded as one of the most difficult courses last year.  I already covered we hit on SungJae last year but if I recall it was a sweat until the end.  The winning score was -6!  On average, the PGA national has almost .20 less eagles, 3 less birdies, 2 more bogeys and 1 more double or worse than the rest of the Tour.  Water is in play on 15 holes and the wind is a pain in the ***.    It grades as the highest double or worse course for all no-majors.    This will be difficult….that is probably an understatement actually …this will be hell more than likely.  However, hey we won here last year so there is hope.

Target areas for this Par 70 is less than driver, short courses, performance in the wind, and a tiebreaker of having played at TPC Sawgrass last week.  As always, you can find stat information on numberball.com with a subscription or go over to the PGA website and scroll through there.   To give you an idea on the field…our odds on favorite is Daniel Berger at 11:1 and Sungjae Im at 12:1.  These people are usually at the 30-40 range and Lee Westwood who is usually a long shot is 18:1.  Field grade for me is a C at best.  I say that to remind people that in fields that are considered weak….the most unpredictable outcomes can happen so where we would usually have a tier Alpha or even lean heavily to people at the top, I think a more broad approach should be considered this week.

I am going to fade Lee Westwood this week.  Do not get me wrong the person has been phenomenal the last two weeks especially.  He has come in second both times and well he has blown it both times.  His knack for finding the water on Sundays or the errant tee shot just does not sit well for me this week.  If we take Westwood out of the equation and looking at other factors….Daniel Berger really stands out this week.  He is a Florida person and a member at The Bear’s Club, which is just down the street of the course.  He also closed out the weekend pretty well at TPC Sawgrass shooting a 67 and finished T9 after starting +2.   His win this season was at Pebble Beach so he should have no problem playing in the wind.  SungJae is defending champion and I always have trouble picking a person to win at the same course consecutive years so I do not think he will be on my radar.  Niemann is a person I have raved about all season and if it were not for the fact that Berger finished T4 here last year….I would take him for the value purpose.  Niemann also performs very well in relatively “weak” fields but as I previously stated …in a tie breaker I have to side with the better player from TPC Sawgrass last week and that was Berger.  There is nothing wrong with a strong consideration of Niemann and as always, Adam Scott has amazing numbers and history at the course but I will not pick him.

**editor’s note:  at the end of this, writing odds had changed for Adam Scott 30:1 and Shane Lowry 25:1.  Shane generally is successful on windy courses but can be inconsistent so my personal favorite at this group’s odds remains Berger. **

There is a ton of names here and as I, state mostly every week (at this point it should probably be considered gambler’s optimism) this is probably where you will find your winner this week.  There are so many names but one person that stands out to me this week at these odds is Cameron Tringale at 50:1.   Tringale is also a member at the Bear’s club like Berger but take this into account….in the last three months he has graded as one of the best in approach play.  With the course considered less than driver, you always want to put an emphasis on approach shots.  People will club down a lot because of the wind as well.  I do not have a problem playing a person off a missed cut especially if there is an angle that I like.  Tringale gains a stroke on the field when it is considered a weak field and almost stroke when playing on what would be considered a windy course.  His best finish was T7 at Pebble Beach this year but I think he can bounce back from that missed cut last week and compete.

Alex Noren is a name to consider here as he is also a member of the Bear’s club but I am going to take a different approach with one of my Tier 3 picks.  Wyndham Clark is a person I have followed a little over the years and he usually shows up as a contender in the weaker fields.  Ironically, he is on record admitting that he does not quite understand why he has such good numbers at this course because it does not fit his game at all…but he scores here.  He was the 54 whole leader here in 2019 and has a ton of experience playing for junior events and on tour here.   He is at 60:1 this week and has a strong consideration from me.  Noren has the more value at 75:1.

there are all kinds of options at the longshot range.  Because this is a weak field, I generally take more time to really find a couple people I could throw something on.  When you are looking to do multiple longshots, a way to allocate your money is to just take an option away from another tier.   Generally, you can get 3-4 long shot options for the price of one regular play.  This week I may add 3 people and one of them will be the old man himself Jim Furyk.  It is hard to discount the Florida native even if he has not played in a month on tour.  Furyk is top 20 strokes gained approach and the fact that everyone will be going with a club down most holes gives him a level playing field.  He grades well for the course in all the key areas that were previously talked about so I like the idea of a $100 bet on the 110:1 Furyk (sarcasm)