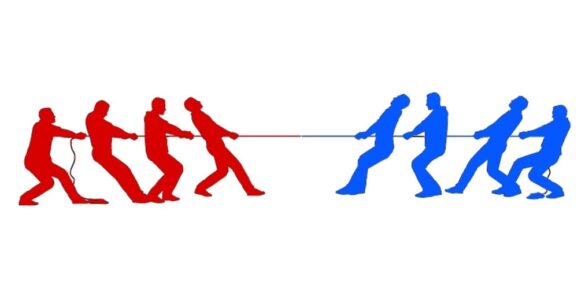 “HORTON HEARS A LOT OF BULLSHIT”

As hard as it is to ignore, there is no doubt that a lot of you have heard about the controversy
concerning Dr. Seuss. To quickly recap is you are lucky enough to have avoided it: the Dr. Seuss
foundation has announced it will no longer be printing and circulating six books the author had
written. The reason for this decision is because certain images within these books are
considered racist or racially insensitive. This was an independent decision made by the
foundation. There was no Twitter mob. No protests occurred in front of the foundation. The
federal government did not get involved. See? Simple. Right? HA! Of course not. This has dominated the news cycle in an utterly absurd way. CNN, Fox News, just about everyone has their own hot take on the issue (I will now include myself in the mix). For some this is a monumental decision or if you watch Tucker Carlson, it’s an assault on a mid-century American set of cultural values that emphasized meritocracy, color-blindness and individual merit over tribal identity (Sorry, quick sidenote: are you serious Tucker? Color-blindness? In MID-CENTURY AMERICA? You mean the Fifties and Sixties right? During the Civil
Rights Era? Yikes.).

In any event, whether you believe this controversy to be a non-issue or another chapter in
cancel culture, I personally don’t give a damn.

This article isn’t meant to weigh in on one side or the other. Instead, I would like to take a new approach to the heart of the issue and reframe the debate in a way that could actually lead to something productive. While the issue with Dr. Seuss may seem stupid or pointless, it’s something that has been addressed before in the author’s past. In fact, the main question that underlies this controversy is one that has been at the heart of
cancel culture and our reassessment of historical figures. That question is: How do we reconcile a person’s public history with their private history? History as a subject matter, is in my opinion, the most underrated and oversimplified field of study. It’s more than just a review of the events of a person’s life, a country’s existence or the battles of a war. It’s about understanding the significance of these things and how they have
helped shape the world as we know it and how they apply to current events and issues. It’s a subject that is constantly being re-examined. Each new generation of historians and scholars discover new ways to view an event or individual through the lens of the modern world. This constant re-examination sometimes means that new facts can come to light that may change the way that we view people, places and events. That is an aspect of history that will NEVER change.

Which brings us to Dr. Seuss.
Dr. Seuss is, and will always be, one of the most famous children’s authors of all time.

His career spanned decades and in that time he produced classics that taught valuable lessons. The
“Butter Battle Book” hammered home the dangers of the arms race. “The Sneeches” was a
direct statement against prejudice. “Horton Hears a Who” emphasized to kids that “a person is
a person, no matter how small.” “The Cat in the Hat” taught why you should never, under ANY
circumstances, trust cats. The list goes on. However, during Dr. Seuss’s life, there were some works produced that were not as enlightened. During the Second World War, he did a number of political cartoons that featured the Japanese in a very dehumanizing way. It was not uncommon for the time period, but it does
not mean that those cartoons are any less racially insensitive. In 1929, Dr. Seuss did a cartoon
for Judge magazine, in which he portrays a department store full of items that will make your
life more difficult. The bottom panel shows the sale of a group of black men painted in a
cartoonish racist manner and even refers to them as “niggers.” This particular picture was put
up for sale at an auction house in Los Angeles………..in 2015. As for examples of the six books
that are no longer being printed: “And to think I saw it on Mulberry Street” shows an image of
an Asian man in a conical hat with chopsticks eating out a bowl and “If I ran the Zoo” shows two
African men with grass skirts and their hair up.
Are these images racist? I’ll let you judge:

Now it can be argued that young kids won’t understand these images or even see them as an
issue. In fact, the age group that reads these books most likely has no concept of racism and
wouldn’t comprehend the history behind these types of problematic images. On the other hand, I think we can agree that these images ARE pretty racist or at the very least problematic and outdated. So even if a kid doesn’t get that what they’re seeing is a problem, why would that justify continuing to circulate them and normalize them to kids?

After all, there is a segment of the population that believes the participation trophy a kid gets
when they’re six years old is enough to shape their psyche into their twenties and thirties.
Doesn’t that imply that we believe kids are impressionable or at least smart enough to analyze
the implications of things? I believe one man may settle this: Dr. Seuss. The image you see above from “And to Think I saw it on Mulberry Street,” is the original image from the publication. The image that is in modern day copies has the pigtail and yellow pigment to the skin removed and an alteration to the caption. Rather than saying “A Chinaman who eats with sticks,” the text reads “A Chinese man who eats with sticks.” It is not a monumental change, but it removes an outdated term and replaces it with something less offensive.
The person who made that change: Dr. Seuss……………in 1978, after doing a review of his
published works. What prompted Seuss to review his works for changes? Who knows? But what is clear is that the stereotypes conveyed in that image and caption were brought to his attention and suggestions were made to change it.

So how do we reconcile the author with these problematic issues from his past?
Do we just chalk this all up to the times he lived in? After all, Dr. Seuss was born in 1904 and
lived during times when those images and cartoons deemed “problematic” were a non-issue or
even funny. Do we just say he’s a racist and call it a day? He did put together some really problematic
cartoons in the past, though at least one of those images was corrected. Do we ignore the problematic stuff completely? Do we take every book of his off the shelves and remove his legacy entirely?
Those questions, I leave to you, dear reader, to think about. As for me? I believe that too often the figures that we hold in the highest esteem are often the ones we have the hardest time viewing as people. The moment a person’s legacy reaches a legendary status, it become more difficult to get people to see or even acknowledge their flaws. In the individual case of Dr. Seuss – I think that the actions taken by his foundation were the
appropriate way to deal with his legacy. They do not trample on his name because of these
images, nor do they decry him as a racist and bigot. Instead, they preserve and celebrate the
positive impact certain works of his had on the world. For the works that have been re-
evaluated and deemed problematic: they are removed. The removal is not to hide his past mistakes, but rather to prevent them from reaching the eyes of young readers with the same
frequency as his more positive messages.

Dr. Seuss is a beloved author AND a flawed man.

I believe it is possible to be both. If you disagree, feel free to comment and discuss what I’ve outlined.
Hopefully, we’ll be able to reach some middle ground.