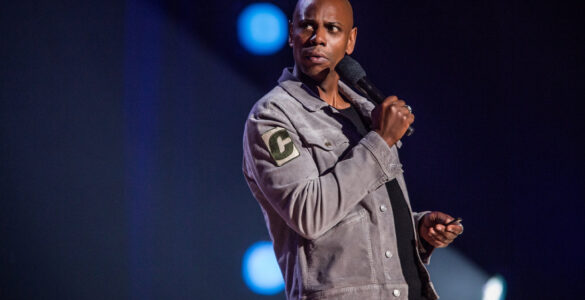 Welcome everyone to the very first Open Mic, I’m your MC IbsYeezus.

This has been a week of weeks. Most of us here in the states are entering our first full year of quarantine and there appears to be a light at the end of the tunnel. Unfortunately the check point is manned by British Royals.

Did you guys happen to catch the interview with Meghan Markle and Prince Harry? They did an interview with Oprah the other night and the media is saying that the exiled couple just dropped a bombshell. I’m thinking that all this stuff I’ve read about the pedophile cabal is finally going to get exposed and what do I read? The Royals…are a wee bit racist?

I got to give it to Oprah, she took that news in stride. Acting shocked that British Royalty was concerned that baby Archie might be …too brown. I for one had concerns…do they teach biology in England? You know that one exercise where they give you a red rose and a white rose. You split the chromosomes and they come out occasionally pink, some red and a few white. If you mix Harry….super white with Meghan …off white…does anybody think “too brown” would be an issue? The British won’t let a brother be James Bond and you think the monarchy would be cool with a brother being part of the family?!

The best part was that they wouldn’t reveal who said it when pressed by Oprah. So now we have to speculate which Royal family member is the most racist. I’m going to go with Prince William. If I had to pick an anti black Bond it would be the family member that looks most likely to be a Bond villain.

So every night before I go to bed I like to entertain myself by reading Trump presidency conspiracies. I know …I know weird flex but hear me out…the shit is like a choose your own adventure book. Did anybody read those when you were a kid? Turn to page 48 to storm the Capitol and go to jail…wait I don’t like that out come let me go back and choose the second option…okay turn to page 65 and be The My Pillow Guy. What a nut man. I’ve made many jokes about Trump during his presidency and in the last waning hours, days, months, soon to be years of his imminent return. But when the loudest mouthpiece in your crew has a book called “What Are the Odds? From Crack Addict to CEO” bro I got a grievance. That’s not even a joke…that is his real autobiography and the title explains everything we need to know about him.

Not to be outdone by the My Pillow Guy on OAN , our least favorite pizza guy is back on the scene with a new and improved defense. Shamed founder John Schnatter did a lovely interview where he expressed “shock” and “couldn’t understand” why the board painted him as a racist. He then went on to state that he’s been working really hard for the last 20 months to get this N word out of his vocabulary and dictionary. You know sometimes these jokes just write themselves. John said he had three goals ” get rid of the N word, figure out how the board did this , and move on with his life” I’m going to suggest he just stick to option # 3 on this one…..or take this guy’s stance.

The homie Pepe Le Pew was forced to retire after the New York Times dropped an op-ed accusing him of adding to rape culture. Rather than force Lebron and the Toon Squad into making the tough decision to cut him before the big game he voluntarily stepped down. Pepe will forever be remembered as one of the key contributors to the Toon Squad’s original comeback. Not sure what’s getting canceled next but if I could make a suggestion….these student loans though….

Before I go I have some sad news to report…it looks as though Major Biden has been removed from the White House after reportedly biting a security officer. Initial reports state that upon entering the White House Major was told he needed to wear a mask. When Major refused things went a little left and the dog bit the security officer. Thankfully he’s not all black or Kamala might have locked him up….

There were reports from Day 1 that Major was not transitioning smoothly to his new residence. He was very agitated and aggressive toward security prior to this so I would imagine the Biden’s made that fatal error of telling everyone “it’s okay he doesn’t bite.” Any time a dog owner tells you their dog don’t bite and the dog continues to act aggressive that is the dogs way of saying ” yes I do b**** .” Who would’ve thought all it took for an early exit from the White House was to bite someone….somewhere in Florida Melania is pissed like “Why didn’t I think of that?”

I had a couple options for jokes about National’s Women’s Day but I couldn’t make up my mind on which one to use ….. maybe a word from God will do. Or….maybe not….hey you guys have been great thanks for tuning in to the first Open Mic!