A New Day Yes It Is. 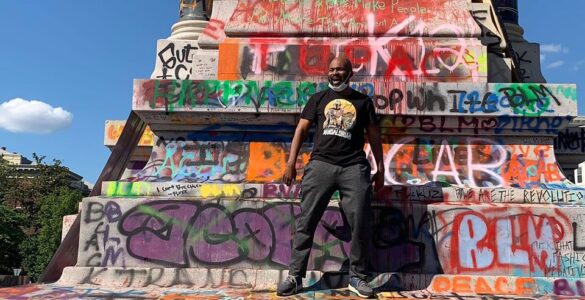 When I meet people, I’ve learned to go through an “I don’t think they are racist checklist.” I haven’t taken a formal poll, but I believe most blacks do the same. Racism is like the log that looks fine on the top, but it’s covered in bugs and termites when you flip it over.

Confederate symbols are the quickest way to get a failing grade on the checklist. It’s a red flashing light signifying a person doesn’t give a damn about black people. Over the years, I’ve heard slogans: Heritage, not hate. It’s history. Even it’s a white thing; you wouldn’t understand.

Southerners have attempted to repackage their fallen state over and over through the years. They fail because the strategy is fundamentally flawed. They lost a war where the people on their side wanted to continue to enslave people that look like me. There’s no getting around it. On a different occasion, we could get into the tedious states’ right argument, but today isn’t the day to unpack rebel fairytales. Today is a long-awaited day of glory and triumph.

I’m not a protest person since the 60’s protests have rarely enacted meaningful change. I assumed that this would be like so many protests, fizzling out after a while, and everything goes back to normal. As the intensity grew, particularly in my city Richmond, Va (the capital of the confederacy and home to a huge Robert E. Lee monument). My curiosity grew—one day during my lunch break. Google maps sent me back to work on a different route due to traffic. I drove down Monument avenue for the first time. For those of you unfamiliar with the Richmond area. Monument Avenue is a street here where there are monuments of confederate heroes. -and after much cajoling a token statue of local tennis legend Arthur Ashe- Richmond has spent the last 100 years relitigating the civil war. The attitude has always been we will keep our stuff, but we will throw the blacks a bone. It’s even resulting in the absurd compromise of Lee-Jackson- King day. Martin Luther King shared a state sanction day with Stonewall Jackson and Robert. E Lee. You can’t make it up. There are schools, highways, etc. all over the city named after the heroes of the lost cause. It’s always riled me. You celebrate people who would have me as their property. You think this is something to honor!

Driving down Monument and gazing on the now reimagined images on the statues was amazing. It wasn’t only vulgar graffiti but art, expression of how people viewed these symbols of oppression. That weekend I picked up my son and took him to the scene of the “crimes”.

He asked me, “Has anything ever happened like happened in your lifetime. I replied, no.” For all of the racists’ claims of the monuments as history, I was walking through history. The people had finally risen and fulfilled a lifelong fantasy. They objected to and refused to accept these racist ass statues, and the bullshit excuses racists used to excuse them were no longer acceptable.

I didn’t protest, not in the literal sense. We were there to take in the scene. A small group of maybe fifty marched down the streets, yelling catchy slogans like “fuck that statue.” Others sat on the lawn; tables were set up with folks selling various items. It had the feel of a festival or block party. Certainly not the violent chaos I’d heard about on the news or my lesser evolved facebook friends posts.

A reoccurring fantasy happens every time I see confederate propaganda. I scale a flag pole and take down the stars and bars flag, or I steal one from someone’s home and burn it. The sense of rage burns in me just under the surface anytime I’m confronted with the symbols of oppression. But that moment, when I walked the steps of the monument, I couldn’t help to smile. Finally, my dream had come true, and we could finally put the racist ass confederacy out of the public square. Will it solve anything when the monuments come down? Tangibly no. But there will be hundreds of thousands and eventually millions of little black kids that know the government doesn’t celebrate the enslavement of their people. To me, that’s a huge deal.