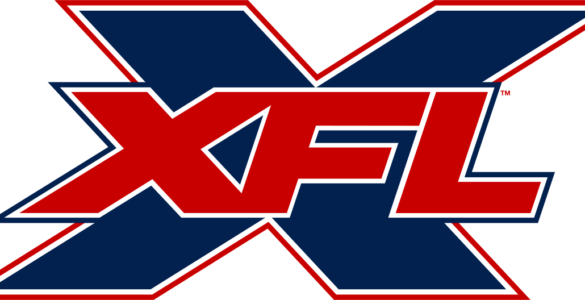 Football is over right? Wrong. You won’t have to wait to satisfy your football itch because the XFL is here to save the day.Vince McMahon’s vanity project will start again today, here are some of names you might recognize.

Jones is perhaps the biggest name on any XFL roster. A former fourth-round NFL draft pick, the quarterback won the 2014 national championship with the Ohio State Buckeyes and will once again don red and white with the DC Defenders.

The Washington Redskins signed Johnson late in the 2018 season when their quarterbacks were dropping like flies, and the Detroit Lions brought him in during the 2019 preseason.

Johnson joined Los Angeles in the XFL’s supplemental draft in November. The Wildcats blocked the Lions from signing him when Matthew Stafford suffered a back injury, which underscores the demand for his services.

Ah, the fantasy football darling. At some point, you or someone you know was advised to stash Michael.

The former second-round pick never lived up to his billing. He spent parts of four seasons with the Seattle Seahawks before short stints with the Green Bay Packers and Indianapolis Colts.

The Cleveland Browns released the oft-troubled receiver after he earned a second suspension during the 2019 NFL season. He was expected to get a second chance when he landed with the Tampa Bay Vipers, but the team placed him on injured reserve with a leg injury last week.

It’s not yet known how the league’s injured reserve works, but Vipers head coach Marc Trestman discussed Callaway in the past tense when he said, “we were excited to have him with us.”

If he does return during the XFL season, he’ll be one of the league’s must-watch athletes.

The legendary Oklahoma coach is putting the headset back on.

Stoops’ 18-year stint with the Sooners included a national title win in 2000, 10 Big 12 championships, and an appearance in the 2008 BCS Championship game.

He hasn’t coached since 2016, but he’ll wear both coach and GM hats for the Dallas Renegades.

Coates played in a Pittsburgh Steelers offense that included Ben Roethlisberger, Antonio Brown, and Le’Veon Bell, and he was a member of the 2016 team that lost to the New England Patriots in the AFC title game.

That was the peak of Coates’ NFL career. He was traded to the Browns the following September and only caught seven more passes in the league before his release from the Kansas City Chiefs in May 2019.

The former third-round pick should be the leading receiving threat for the Houston Roughnecks.

The Wildcats drafted, released, and later re-signed the gargantuan defensive end once listed at 6-foot-9, 280 pounds. I promise you that you recognize him.

Jones reunites with Stoops as the Renegades’ starting quarterback.

A four-year starter at Oklahoma, Jones parlayed his collegiate career into a five-year stint as Roethlisberger’s backup with the Steelers.

The now-30-year-old suffered a left knee injury in early January and was originally expected to miss four-to-six weeks. The Renegades hope he’ll be available for Sunday’s opener against the BattleHawks.