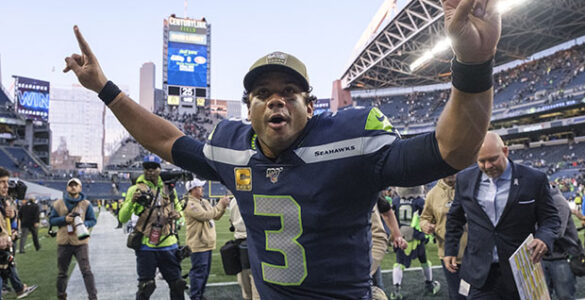 1.Ravens(10-2): The Ravens won ugly but they won. That’s all that matters. At this point they have to be the odds on favorite to win it all.

2. Niners: It’s hard to punish a team for losing a heavyweight battle decided by a split decision, so I won’t.

3. Saints: The Seahawks won last night but I simply believe that the Saints are a better team.

4.Seahawks: Another impressive win. They’re on a collision course with the Niners in week 16 for the division and Home field advantage.

5. Patriots: Are the rumors of their demise greatly exaggerated? Or is this the end of the dynasty?

6.Texans: It’s hard to know which team you will get. They have victories over the Chiefs and the Patriots. They were also obliterated by the Ravens.

7. Vikings: I’m not punishing the team for a hard-fought loss on the road. In my mind, the Vikes are far superior to the Packers.

8. Chiefs: Guess who’s sneaking around the chicken coop? Between the rise of the Ravens and the demise of the Patriots the football world has forgotten how dangerous this team is.

9. Bills: Perhaps we’ve all been sleeping on these guys. It’s hard to tell if they are that good or the Cowboys are this bad. Either way, it was a big win on a national stage.

10.Packers: They play a horrible team and suddenly all their woes are behind them. I don’t buy it. The Packers are frauds.