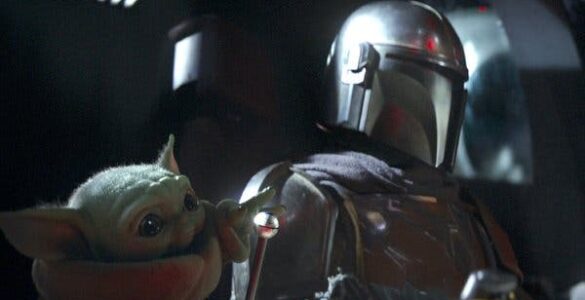 What You need to know: The series is the headline attraction of the new Disney plus streaming service. It’s also the first live action Star Wars television show. Exceptions are high.

The Budget: Money isn’t everything, but it’s a lot. While the Netflix Marvels shows were noticeably lesser funded than its movie counterparts, this is not the case with the Mandalorian. This is a polished production that looks as crisp as an of the movies.

Nostalgia:The Mandalorian is full of easter eggs paying homage to Star Wars’ past. Blurrgs, the ugly creatures that the Mandalorian and his Ugnaught ride, first appeared in the made-for-TV movie Ewoks: The Battle for Endor. Even Jon Favreau’s involvement is a look back: The filmmaker voiced a character on The Clone Wars, a Mandalorian.

Western feel: George Lucas’ vision for Star Wars is a thinly veiled Western in space. “The Mandalorian” feels like this is what Lucas wanted. Together, writer Jon Favreau and director Dave Filoni have created a show that is a love letter to a more exciting side of the “Star Wars” universe.

This side isn’t aimed solely at kids and doesn’t require a Jedi vs. Sith saber duel. From the start, “The Mandalorian” strikes a perfect balance between representing and expanding the Star Wars universe.

Baby Yoda: Has there ever been a cuter object of a bounty? The show has a knack for times the character’s moments correctly to maximize the comedy and cuteness. He saves his savior’s ass a few times while taking breaks to eat frogs.

Baby Yoda’s appeal isn’t all “oohs” and “awws.” The green infant helps viewers understand a little more about the Mandalorian himself, a protagonist who desperately needs humanization. Baby Yoda makes the eponymous bounty hunter (Pedro Pascal) seem a little more human and likable after the Mando refuses to hand over the tyke to his sketchy client (Werner Herzog). The choice adds some characterization to what’s otherwise a dull masked hero.

Where are the ladies?: I’m not going to go through the first three episodes and count all the women that appeared(much less spoke) but come on. Star Wars is the ultimate white male fantasy but I thought we’d’ made progress with the latest trilogy. Help seems to be on the way in episode 4, Gina Carano will appear as a major character.

Facial expressions: There are none, not from the title character, at least. Three episodes in, the show is improving at showing the emotion of a man who can never remove his mask by religious decree. Fundamentally, we need to see characters’ reactions, especially our hero; it’s a considerable weakness this show must continually deal with.

Short run times: The Mandalorian‘s premiere clocked in at 32 minutes. The second episode was even shorter(around 27 minutes). Live-action non-comedies almost always run 40-50 minutes. If the show continues on this path, the first season will total at around 4 to 4.5 hours. Which is essentially two feature length films.