The 5 biggest questions we have after seeing ‘Avengers: Endgame 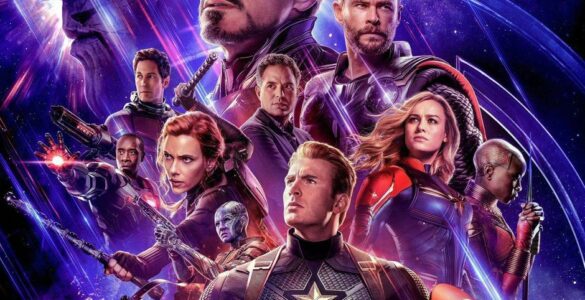 1. How did Captain Marvel know where to find Tony Stark and Nebula?

This is something that initially bothered me while watching the movie. Captain Marvel conveniently shows up the moment Tony Stark is dying and brings him and Nebula home from space. How does she know where to find them? We were given the answer to this back in March.

There’s a post-credits scene in “Captain Marvel” that looks as if it’s a scene from “Avengers: Endgame.” Marvel released it online for you to watch here. That scene never appears in “Endgame” but is extremely important for understanding how Tony gets back home.

In it, Captain Marvel arrives at the Avengers HQ, where she meets Captain America, Black Widow, Bruce Banner, and more. She finds out Nick Fury is missing, and the scene ends.

It can be assumed this is where she also meets Tony’s fiancée, Pepper Potts. Tony has been sending her transmissions from space via his Iron Man suit. If she’s been receiving those messages, then she was likely able to tell Captain Marvel where to find Stark and Nebula.

2. Why is Captain America old at the film’s end? How did he age?

If you were initially thrown off by seeing an older Captain America at the film’s end, in 2023, you shouldn’t be. Yes, Cap was injected with the super serum, but he didn’t age because he was put on ice and frozen in 1945. Nick Fury tells him in “Captain America: The First Avenger” that he’s been out for about 70 years.

Cap went back to 1970 to be with Peggy and got older over the following 53 years.

This may have thrown some people off because in the comics Captain America doesn’t usually age because of the super serum. He did get older when he had it sucked out of him at one point by a villain.

Even if the super serum was slowing down Cap’s ability to age, he probably could’ve asked someone, like Howard Stark, to whip up something to allow him to grow old with the love of his life.

3. Did no one go to school for the five years after the “Infinity War” snap? Is going back to school super weird if some of your classmates weren’t affected by “Infinity War”?

How did that work? At the film’s end, in 2023, we see Peter Parker reunited with his best friend, Ned, at school. My brother, who I saw the film with, thought it was funny that five years passed and Spider-Man was still in high school. However, it completely makes sense. They haven’t aged a day since the snap. For them, no time has transpired.

But what about the people in their grade who weren’t snapped? Did they just continue with school, graduate, and go on into the real world? If that logic’s followed, then Ned and MJ (Zendaya) must have disappeared in the snap too, along with some of their other friends. We know the “Spider-Man” sequel “Far From Home” takes place moments after the end of “Endgame.”

Will some of their friends be in college? Are there younger kids who are now the same age as them? I feel like a lot of this is just going to be ignored.

4. One more thought about this: How exactly does Captain America return the Soul Stone?

How does that work? Does he just hand it to Red Skull? Shouldn’t he be able to get Natasha back?

You need to trade a soul to get the Soul Stone. It seems you should get something in exchange for returning it. What a rip-off.

5. Is Loki’s fate changed at all now that he escaped with the Tesseract in 2012?

When Tony and Ant-Man went back in time to 2012, they changed things up for Loki. Instead of returning to Asgard with his brother Thor, he wound up with the Tesseract and escaped into the unknown.

Where’d he go? We have no idea. Do his actions still lead to his death in “Infinity War”? Also unclear. We know Loki is among the few characters to get a Disney Plus show.

Is his Disney Plus streaming show going to take place somewhere in this new timeline of events?