Feminism and the WWE’s Women’s Revolution 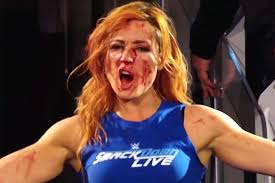 The first woman I saw wrestle was the Fabulous Moolah. Needless to say, I wasn’t impressed. I’ve been in love with Pro Wrestling since the first time I saw it. If I remember correctly it was a match featuring Greg “The Hammer” Valentine. I loved the physicality. Nothing was off limits. As a boy looking for an outlet it was a dream come trueI searched this new world of larger than life characters and I met the Hulkster, the Superfly, the Macho Man and (thank god) the Nature Boy.

Women weren’t a factor. There was Wendi Richter, she got a spot in the Rock and Wrestling Connection and appeared in the cartoon but she was largely irrelevant in the grand scheme of things.

When I first began to notice women of any significance, they were valets. Arm candy, eventually as the business evolved( a little ) some were given the title of manager. Usually, these women served damsels in distress or bitches on wheels. Cheerleaders who took bumps.

The first valet I remember with a major role in promotion was Miss Elizabeth. Elizabeth was a Disney princess before they became in vogue. Ms. Elizabeth was both responsible for the birth and death of the Mega Powers. In the Grand scheme, it was a sign of progress but also riddled with saving the princess stereotypes.

The Sensational Sherri was different she was not only willing to take bumps but also get physical with the men. A powerful femme fatale with agency, the men involved in her storylines revolved around her. She was their “manager” often manipulating them to her bidding. Shawn Micheals confesses that Sherri was largely responsible for getting his career of the ground as a heel.

Reverse engineering where women’s wrestling is today it’s hard to imagine its evolution from the Attitude era, where bra and panties matches were the norm. Since it’s origin, wrestling has been rooted in misogyny, xenophobia, and racism.

In the midst of the darkness two shining lights appeared, Trish Stratus and Lita. Lita was a natural the first time I saw her do a moonsault, I thought to myself “wow women can do that?” Lita’s skillset was the first time I realized that women wrestlers could be awesome. Like society at large I’d placed artificial roles and limits on women. There wasn’t a conscious effort on my part but a unconscious bias taught to me by my environment.

Trish Stratus began her career as a traditional valet. She survived some of the most demeaning angles imaginable. The likelihood of Stratus becoming a one of the Founding Mother’s of the women’s revolution was as unlikely as Mick Foley winning the WWF title. Trish was the first woman I felt a sense of pride in. Her improvement and her dedication to her craft were inspiring. The night Trish and Lita were slated for Raw’s Main Event I loved it. My father came in and said why are you watching these women wrestle? I quickly defended them saying “no they are good, watch.”

The McMahon’s make lots of promises but the women’s revolution was one of the few that were fulfilled. It’s easy to look at the talent, and yes the roster is loaded with talent. However, the key to the change in the perception of the female “superstars” is opportunity.

Due to a trail of broken promises I’ve learned to distrust WWE creative. The first time I saw a woman open Raw was strange. Women gained more and more time on the show, even the last segment what was going on? I quickly realized that these women could match the men in work rate and promos. The reason I realized it was because they were given the opportunity.

When the WWE announced the first female Hell in the Cell match. I said to myself “that sounds dangerous.” I quickly caught myself and said, “why not?”

There are many lessons we can take from the women’s revolution but “The Man” Becky Lynch taught me the last one. The part of wrestling I love most is living vicariously through the characters. They are archetypes that have existed for centuries. I lived with Daniel Bryan through his struggle to the top. Ric Flair and Shawn Micheals’ cockiness gave a shy boy the guts to be more outgoing in middle school. Becky’s rise has been so badass and amazing it inspired me. I realized it after I watched her invasion of Raw for the 5th time. As a man I don’t often see myself in female characters, I may like them, respect them but never have I wanted to be like them, until Becky.

The revolution is a lesson to us all to examine our biases, unleash women from the glass cages our society has built for them. More than anything give them an opportunity.