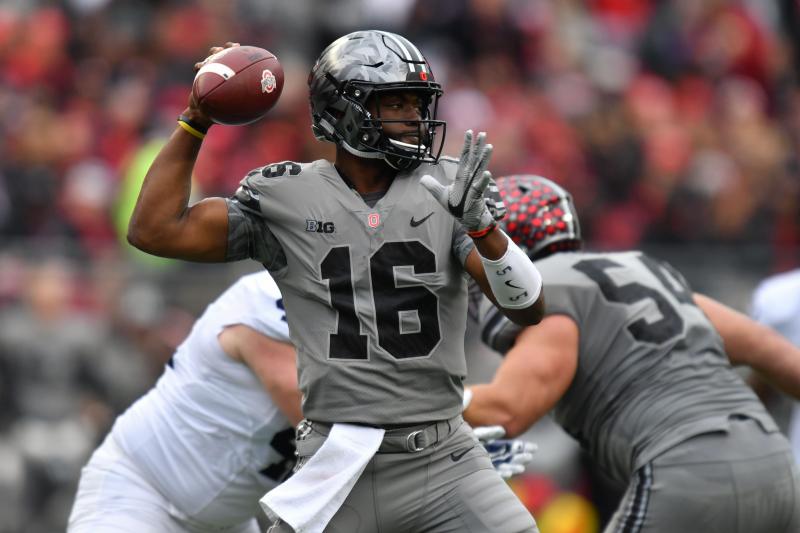 It all started so well. Saquon Barkley took the opening kickoff to the house. Ohio State fumbled the ball setting up the Nittany Lions for another score to go up 14-0. In fact the Lions dominated the majority of the game leading by 18 two separate times. But in the end Sr. QB JT Barrett came up big with 16 4th quarter completions. Not only did Barett keep his team playoff hopes alive but he has clearly injected himself into the Heisman race.

There’s your lead now we go a little faster.