One Time, One Job, One Underappreciated Fight 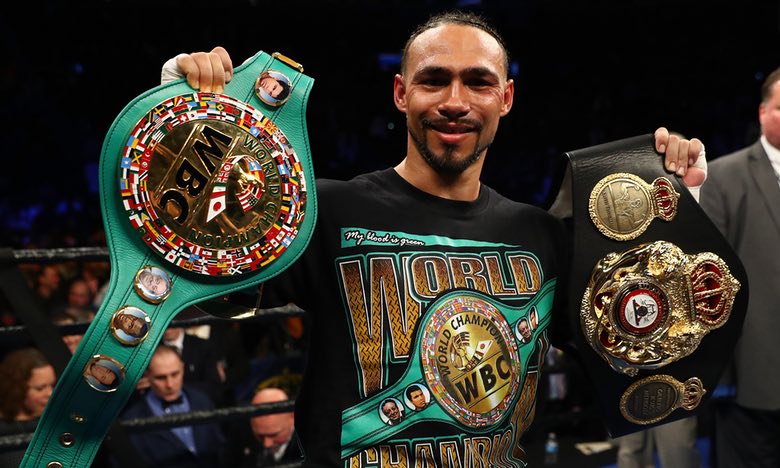 I know I had promised a fight build up for Thurman v Garcia but this thing called “real life” just keeps getting in the way of my hoop dream of being a sports scholar. So since I couldn’t give you the pre fight love I suppose the next best thing is post fight. 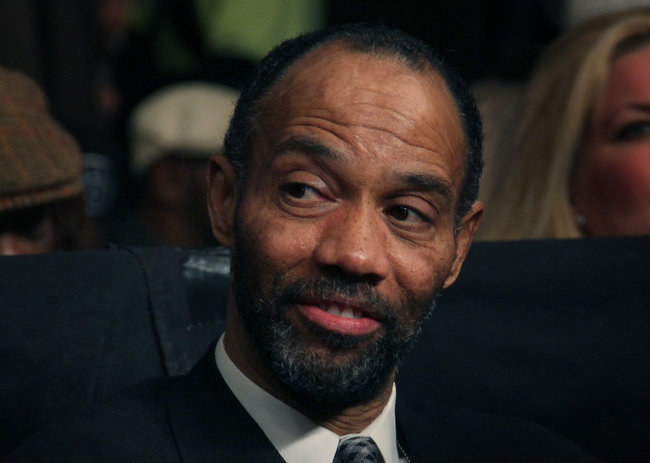 The man behind the curtain of PBC

Seriously, you’d be hard pressed to find any real boxing fan who was optimistic about PBC and the direction it was taking boxing when it first started out. PBC strong armed Oscar De La Hoya and Golden Boy for pretty much every elite boxer not signed to Top Rank. And the way it started out it just seemed like a gimmick. 10 out of 10 in production, 2 out of 10 in fight quality. The matchups were there, I mean they’ve always been there, but nobody seemed willing to really take a chance. The business that is boxing in the post Tyson era has always been about maximizing rewards and minimizing risk. You can blame Floyd for that if you like (I would disagree to some extent), or you could blame the fans. If fans stopped watching or paying for these inflated pay per views, well they wouldn’t put out such crappy fights. PBC was originally the anti PPV scheme, a company for boxing fans or as some writers used to say “but it’s free” TV. They were the answer to the politics that had become boxing or so we thought. PBC was going to rid us of the 1000 belts,sanctioning bodies, and most importantly promoters that blocked mandatory fights and prevented champions from fighting one another. It took some time but here we are and no matter how much I hate on Al Haymon and the business model it looks like he is getting guys the exposure, giving fans the fights they want to see, and getting people paid.

“People want to see the best fight the best” 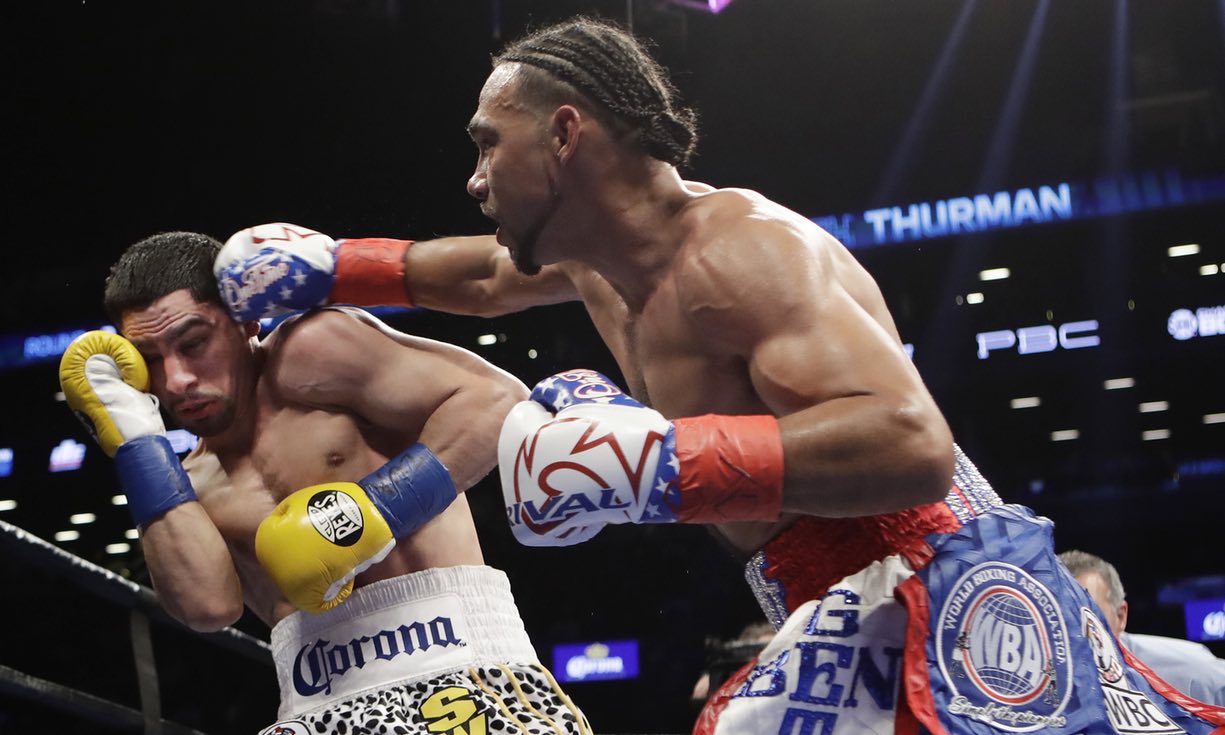 rare is the occurrence of undefeated fighters meeting for unification bouts

The build up for a real championship fight is one of the best feelings in sports as a fan to me. I watch everything from WNBA to horse racing and there is just nothing that compares to fight week. The trash talk , the workout videos, the nostalgia of past accolades and the enthusiasm of other fighters weighing in on the event just makes it something special. Saturday night might not have lived up to the hype of many, I mean it’s almost impossible to please everyone, but I think it was a good show of two young guys still finding themselves as champions. In my analysis below I’ll give you my grades of the fighters pre fight, post fight and my reasoning behind it.

One of the many complaints coming in of the Garcia detractors was that he hadn’t had a KO in a while nor had he hurt anybody during his brief stint at 147 pounds. Thurman’s power is respected across the board by many and looking back on Saturday’s fight it was very clear he was the stronger fighter. He hurt Garcia multiple times almost knocking him down in the first round. I still have reservations about his KO prowess but that’s no knock on his punching power. When Garcia did land flush punches we hardly saw Thurman retreat. There were plenty of straight right hands, some from the counter, that Garcia hit Thurman with right on the button and nothing. If you want to see the difference look back on the counter hook Garcia was hit with and the counter straight right that Thurman literally walked into. Garcia knees knocked and Thurman blinked.

I’m not going to boost Thurman’s hand speed because Garcia is slower. If you look at it just based off this fight you may be inclined to say that Thurman hand speed is an A or A- but I’m inclined to say that is only because Garcia is a little slower. It might help with the illusion of faster hands if Thurman threw more combinations but speed isn’t really his best attribute it’s like 1B to the 1A of his power. I always joke about the “swift” nickname that Garcia has because frankly his hands are not that fast. He has impeccable timing for a slow hand fighter but not the quickest hands out here.

My gamers will get a good laugh out the S ranking. S is the grade they give you on fighting games when you surpass A. Garcia took some hard, flush shots to his chin. He had swelling over his left eye most of the fight and punches from Thurman at times literally stopped him in his tracks. He never once hit the canvas…..it was close…but he never went down and for that I have to salute him. Thurman I’m going to keep as an A, I still don’t like the way he responds to body punches and although nothing significantly stopped him or impeded his movement, you could tell he’s still not comfortable with getting hit below his chin.

This may be the most controversial of grades but hear me out. If there is one knock I have on Keith Thurman it’s the fact that we are constantly bombarded with praise from his trainer and Keith himself about how smart he is in the ring yet I have seen in his last three fights how he doesn’t understand how to control pace or build knockouts. Thurman had Garcia really hurt in the 1st round, I mean he literally had to just string together a good combination and Garcia might have just taken a knee just because but what did Thurman do? He backed off a little, came back head hunting and Garcia survived that round, arguably winning the next round. I’ve always had reservations about Thurman’s ring generalship and if there is one thing that will keep him from achieving divisional domination it will be his lack of the aforementioned attribute.
I dropped Garcia post fight a little as well because there were moments in the fight where he could have capitalized on what Thurman called “cooling down.” Garcia didn’t show much versatility this match either as he was mostly on the defensive side and reluctant to let his hands go. Yes he’s not the fastest and in this match he wasn’t the strongest but you can’t win a fight if you don’t throw punches and Danny has punching ability in both hands but did not display it Saturday night. He was able to time Thurman a little early and it was working with a couple good straight right hands to counter Thurman’s wild swings and some body punches but ultimately he gave up on the strategy. 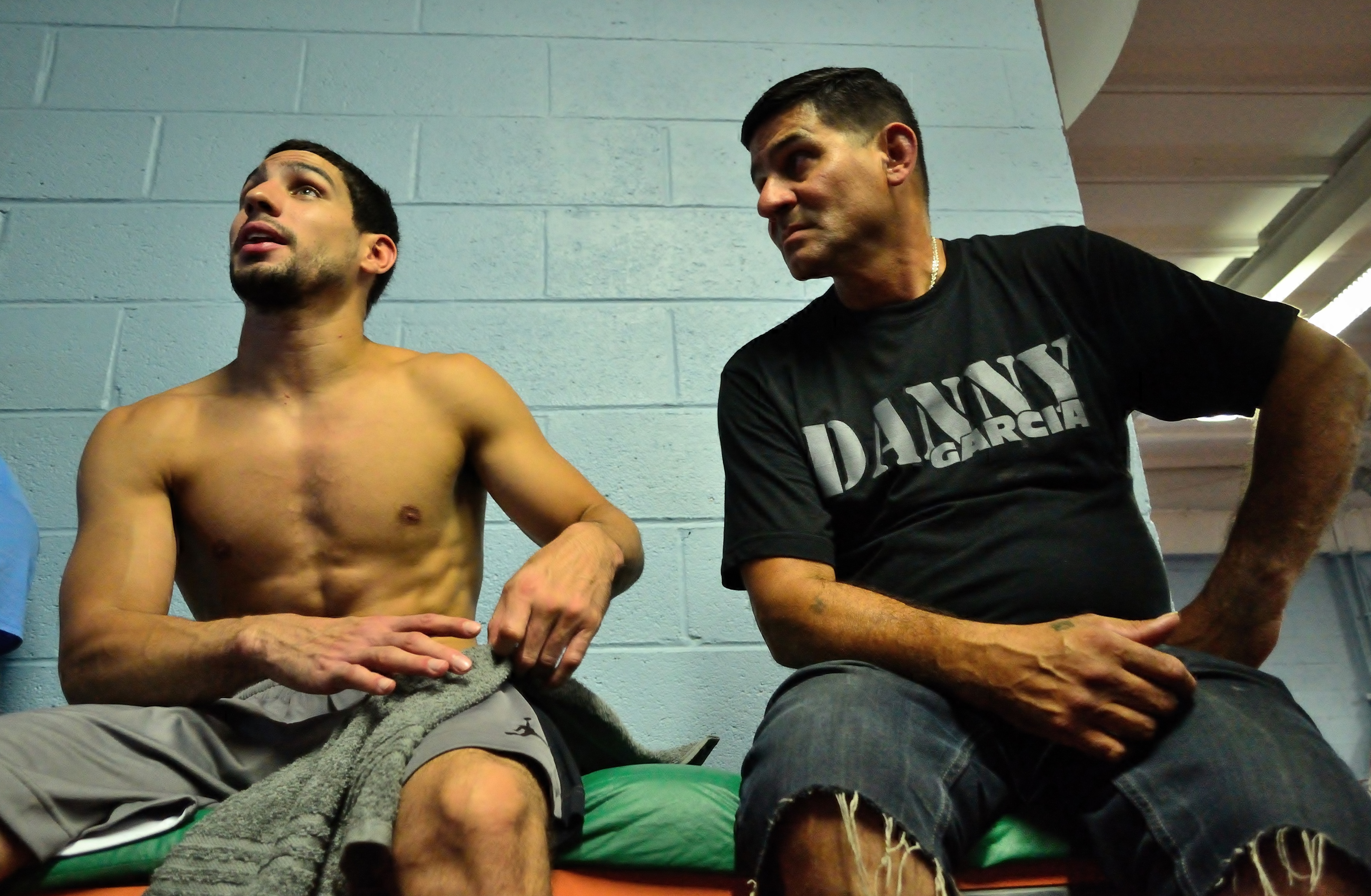 it may be time for a change in the Garcia Clan

I detest father-son partnerships as trainer and fighter. It’s a great story, it’s always a great story, but unless your father was a former world champion or you are just exceptionally gifted, there is going to come a point in time where you guys hit a wall. Garcia and his father are at that wall and I know he think’s he’s doing what’s best for his son but it’s clear to me that in this rise to 147 his father isn’t going to cut it. Danny Garcia needs a nutritionist and better work out regiment and then he needs corner instruction to make up for the talent gap versus these top 147 pound guys. In short they are in over their heads out there in 147lb championship fights. And the little bit of instruction Angel gave Danny was smart, “keep your left hand up”, ” go to the body”, it’s just clear to me he needs more in depth instruction and pre fight training to get over this hump.

Thurman’s corner is good for Keith. That’s about all I have on that when your guy is in control it’s not much that needs to be said. Thurman was never really in trouble in this fight, their game plan was working from the start and Garcia never made them make any adjustments so it was an easy night for him. Trainer and fighter are in sync in Thurman’s camp and if there was a knock on Thurman’s corner it’s that they encourage quotes like this “I was not giving the fight away,” he (Thurman) said. “ I felt like we had a nice lead, we could cool down. I felt like we were controlling the 3-minute intervals in each and every round.” I’m often reminded of a furious Emmanuel Steward yelling at Wladmir Klitchsko during one of his typical jab fest fights. Wlad was killing the guy per usual and comes back to the corner in like the 8th or 9th round and Emmanuel cursed him out like he was losing. Wlad would come out the next round and brutally knock the guy out. “To win alone is not good enough, you need to win by knockout.” 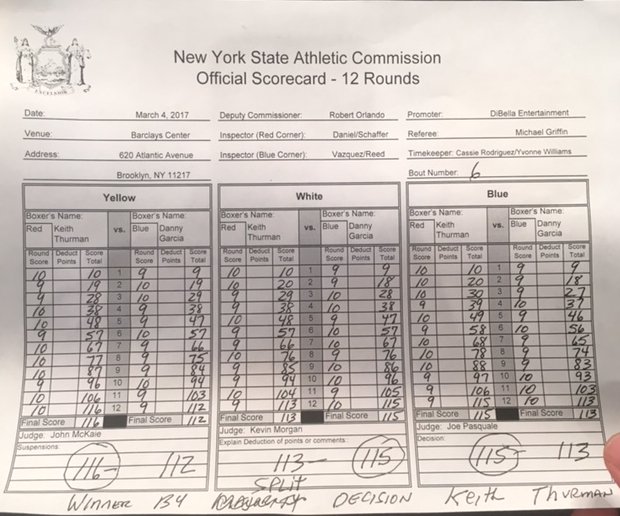 I would be remiss if I did not point out the constant stain that is bad judging in boxing. There is absolutely no way anybody could have watched that fight and scored it for Garcia, especially sitting ringside. These type of things need to be nipped in the butt immediately especially with the potential great matchups for the future in the sport, there’s just no place for atrocious scorecards. Garcia did not hurt Thurman the whole fight, did not outwork Thurman but a few rounds in punch output and landing so how could he have possibly been awarded the fight on a scorecard? 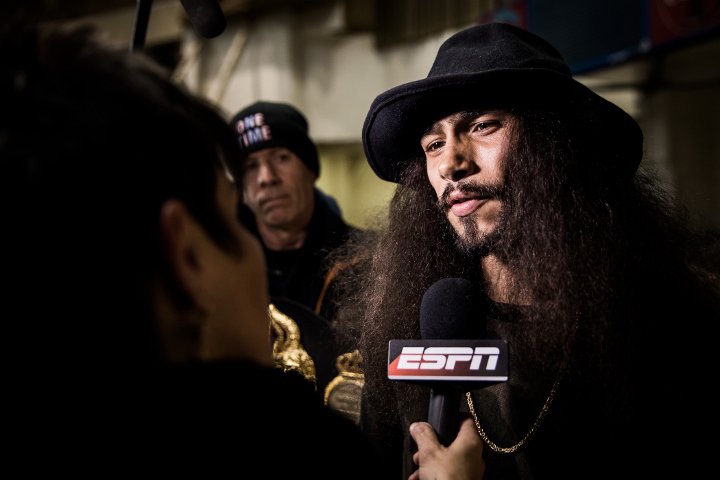 Beware of a man that meditates, listens to grunge rock and is vegan”

So where do they go from here? Thurman has two belts , Garcia has none now. After a “split” decision there will be calls for a rematch. Of course Garcia’s camp thinks they won, wants a rematch, you know the typical reaction after a loss. Fact of the matter is Garcia loss and it wasn’t really close. He never hurt Thurman and looked out classed at key spots in the fight. All paths lead to a truly unified division. Errol Spence will be fighting Kell Brooks for a belt and Manny Pacquiao is seemingly still actively seeking “tough” fights so if Garcia truly wants a rematch with Thurman he’s going to have to get one of those belts first. It doesn’t make sense for Thurman, a guy openly committed to unifying the division, to fight a guy with no belt. So while it might seem a little bleak this loss doesn’t actually hurt Garcia’s draw he just has to take a step back to get two steps forward again. With the outcome of this fight Thurman is in the driver seat versus the winner of Spence v Brooks. If Spence wins he will definitely pursue a Thurman fight as soon as possible. He’s been the guy looking to fight the top guys so I don’t see it being a big deal with him. Manny is a wildcard as he’s with Top Rank and the relationship between Top Rank, Showtime and PBC is as good as Trump and the media. Either way Manny only has about two years max (I’ve been saying that since the Marquez knockout) left in the sport and the division is still offering up good fights. There’s Khan v Pacquaio being talked about , Berto v Porter, Spence v Brook, Adrian Broner is at 147, Danny Garcia is at 147, Terrence Crawford will soon be moving up to 147, and Jesse Vargas, Lamont Peterson are both capable players in the division. The future is bright for welterweight post Floyd Mayweather and while Thurman is yet to be crowned the undisputed King, he’s taken the first step in the right direction to carve out his legacy and establish himself as The Guy in a very loaded and talented division.

I feel you Danny…if anybody feels you IBSYeezus feels you